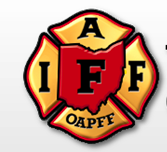 Please see the below message from OAPFF President Mike Taylor:

Brothers and Sisters,
We need your help to protect the newly passed Michael Louis Palumbo Jr Act (Fire Fighter Cancer Presumption.)   The House Insurance Committee is getting ready to hear House Bill 27 (HB27).  HB27 would make an essential change to the law that passed last year.
It would allow a city to try to deny coverage under the law if a there “is evidence that the member failed to use or improperly used protective equipment while performing the members official duties.”  This could allow employers unlimited challenges to allowing coverage for occupational cancer that could result in delay in treatment when our members need it most.   This change is unacceptable.
The OAPFF is encouraging active and retired members and your families to call your representative and the members of the committee and tell them to amend HB27 so that it does not change fire fighter cancer presumptive legislation.
To find your Representative’s contact info, visit: https://www.legislature.ohio.gov and use the “find my legislators” tool.
House Leadership
Cliff Rosenberger, Speaker of the House – (614) 466-3506 –rep91@ohiohouse.gov
Kirk Schuring, Speaker Pro Temp – (614) 752-2438 –rep48@ohiohouse.gov
Fred Strahorn, Minority Leader – (614) 466-1607 – rep39@ohiohouse.gov
Members of the House Insurance Committee are:
Tom Brinkman, Chair – (614) 644-6886 – rep27@ohiohouse.gov
Michael Henne, Vice Chair – (614) 644-8051 – rep40@ohiohouse.gov
John Boccieri,Ranking Member-(614) 466-6107-rep59@ohiohouse.gov
Michael Ashford -(614) 466-1401 – rep44@ohiohouse.gov
Kristin Boggs – (614) 466-1896 – rep18@ohiohouse.gov
Andrew Brenner – (614) 644-6711 – rep67@ohiohouse.gov
Bill Dean – (614) 466-1470 – rep74@ohiohouse.gov
Anne Gonzales – (614) 466-4847 – rep19@ohiohouse.gov
Glenn Holmes – (614) 466-3488 – rep63@ohiohouse.gov
Larry Householder – (614) 466-2500 – rep72@ohiohouse.gov
Stephen Huffman – (614) 466-8114 – rep80@ohiohouse.gov
Sarah LaTourette –  (614) 644-5088 – rep76@ohiohouse.gov
Wes Rutherford – (614) 644-6721- rep51@ohiohouse.gov
Points to use when speaking to your representative or a committee member are:
Stay Safe, Stay United, Stay Informed
Michael P. Taylor
OAPFF President
My commentary on this subject:
Firefighters are still learning throughout the state what they can do to reduce their risk of occupational cancer.  Their are a multitude of items that we can do to reduce our risk, but they don’t happen over night.(or in 35 days).
– Changing the culture takes time.
– Creating policies and procedures take time.
– Implementing many of these actions are logistically difficult due to current budget restraints and lack of resources.
The State of Ohio Firefighters are sincere in their efforts to combat firefighter occupational cancer.  It is an uphill battle that is going to take some time.  It was just three weeks ago that the State Fire Committee added an hour of FF Cancer Awareness/Prevention to the State Firefighter Level 1 & 2 curriculum.  Firefighters up until this falls semester will have very little heads up about how significant of a threat occupational cancer is, and the steps required to reduce their risk.
Allowing City’s and municipalities to deny coverage could cause a serious delay in our firefighters treatment.  Any delay with cancer could be the difference between a firefighter avoiding chemo or radiation and just having surgery, it could be the difference between a firefighter returning to duty or having to retire, the delay could be a difference between life and death.
Please follow the directions above of President Taylor and lets preserve The Michael Louis Palumbo Jr Act.
JB