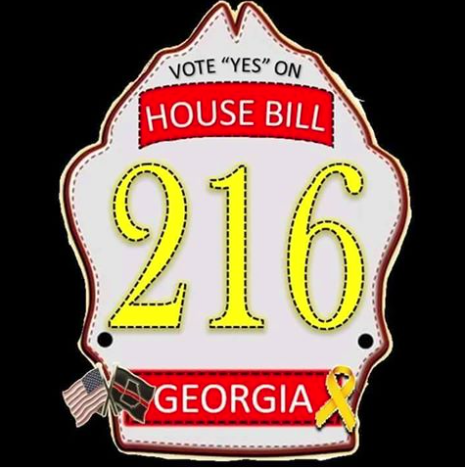 I saw the unfortunate news this evening that Georgia’s Governor decided to veto House Bill 216 which would have let Georgia Firefighters with cancer get workers compensation benefits if they could provide “a preponderance” of evidence that their work caused the disease.

The governor stated “I am concerned that codifying an exception for one occupation at this relatively low standard of proof with no time limitation on diagnosis or restriction on eligible types of cancer is a broad solution for a problem not yet abundantly demonstrated in Georgia.”

2006 UC study had 110,000 Firefighters.  The NIOSH study had just under 30,000.  The Nordic Study had over 16,000.  All of these studies agreed that their was an increase of being diagnosed with cancer compared to the general public.  What kind of proof does this guy need?!?!

The fact that there isn’t a time limit on this bill may not make sense to the Governor, but it makes sense to anyone who understands how cancer works.  Cancer can have a long latency period.  A latency period is the time that passes between being exposed and having symptoms of the disease.  It is common to have a latency period of 5 to 25 years.  This is why Firefighters nearing the end of their careers, or just after they retired are often times diagnosed with cancer.

I’m sure our brother and sister Firefighters in Georgia are going to fight on.  Please know that Firefighters from all across this nation are pulling for you.