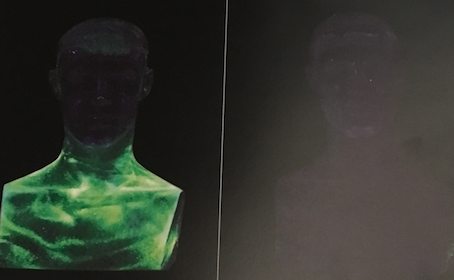 Once again I made the annual trip west on Thursday to the largest Firefighter Convention in the world…FDIC.  I spent multiple year’s here doing the grind of working the booth.  At this point I’m happy to say that my times working any booth are very rare.  My agenda is actually very simple this year.  The plan was to go to various booths that relates to firefighter cancer….Fire Gear, Washers, Exhaust Systems etc……  I was looking in particular for new technology that is going to help with preventive measures.  Here are a few of those highlights:

Fire Gear – After last year’s Fluorescent Aerosol Screening Test (F.A.S.T.) by the IAFF, it was clear that our nomex hoods had a huge weakness when it comes to blocking out chemicals and carcinogens.  The majority of the gear manufacturers went back to the drawing board and updated their hoods to block out as many chemicals/carcinogens as possible.  Check out the picture below of an updated F.A.S.T that shows a hood blocking out nearly everything!  The only downfall is the costs of these hoods are outrageous!  Departments may have a tough time spending 10 times more than current hoods.  With time they will hopefully become more reasonable priced…and therefore more available. 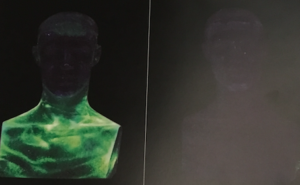 Decon – I witness a decon unit that is able to mount to fire apparatus.  The unit is similar to other decon showers that we see in the hazmat field.  This decon unit had some cost upfront to install, but was very easy to hook up and firefighter friendly.  The fact that firefighters are able to decon themselves is convenient. 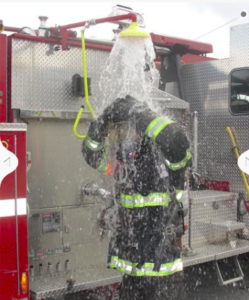 There was also an SCBA manufacturer that is working on a decon bottle/filter than can potentially be sprayed on our gear to decontaminate it.  Trials will be completed in Europe next month.

Saunas – There was one manufacturer that was displaying infrared saunas for our firehouses.  I expect Sauna’s to become more relevant across the country in the near future.  The idea is to reopen our pores and detox the chemicals/carcinogens out of our skin.  This is not a luxury item!  I believe these will appear in newer firehouses because money is already being spent.  However, these Saunas can be easily retrofitted into our existing fire stations.

Exposure Reporting – There is a company now that allows you to do firefighter exposures on computers or mobile devices.  The exposure form can be done as a crew and as an individual.  This is a good idea if you or your department are not currently keeping track of your fire exposures.

Nothing remarkable regarding exhaust systems, and washers/dryers.

Overall it’s comforting to see how firefighter cancer has become a pressing issue with the manufacturers.  Many companies now market their products for cancer prevention.  There are even competing baby wipe  companies fighting for a piece of the pie.  It was rare to see any firefighter advertising that showed a “salty” firefighter with dirty gear and soot on their face.  Dirty gear and a sooty face was the norm years ago.

I’m personally excited for future changes regarding cancer prevention and am thankful that the industry has come so far…so fast.  Contact me if you want more information regarding specifics on the above products.

Until next year indy!